Drakenstein Stud’s four time G1 winning sire What A Winter has had a great spell of late, and the former Equus Champion Sprinter had another big day on Saturday when his son Expressfromtheus landed the WSB Grand Heritage (Non-Black Type) (1475m) at the Vaal. 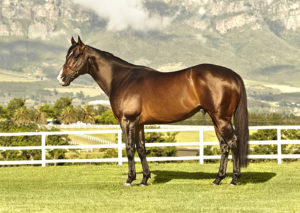 Fourth over 1600m last time out, four-year-old Expressfromtheus (15-2) was well fancied to land the R90 000 first prize, and duly delivered, under a confident ride from Marco Van Rensburg, and the pair went on to win by a deceptively easy two lengths.

Bred and owned by the Rooispruit Stud, the Stuart Pettigrew trained Expressfromtheus claimed the 2020 Grand Heritage in a time of 87.37.

Now a winner of four of just 11 starts, the gelded Expressfromtheus took his earnings to R267 200 with his Grand Heritage score.