Wednesday Treble For What A Winter

Drakenstein Stud’s exciting young stallion What A Winter had a memorable afternoon at Kenilworth on Wednesday when the erstwhile champion sprinter had a treble of winners. 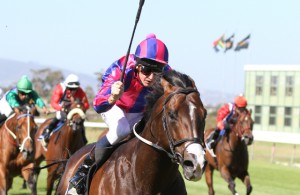 What A Joker kicked started the What A Winter treble when the Candice Bass-Robinson trained 3yo broke his maiden in game fashion over 1400 metres.

In the process, the gelding accounted for High Chaparral’s regally bred son Doyles at just his third career outing.
Out of the Parade Leader mare Sharada, What A Joker was bred by Heather and Vivian Pratt.

What A Winter doubled up in the very next race when daughter Travel In Style got off the mark at just the third time of asking when accounting Anina by 0.4 length. Another daughter of What A Winter, the tote favourite, Snow Crystal was back in third place- and she will surely be in the winners enclosure before too much longer.

What A Winter’s third winner on Wednesday came when his improving son What A Winner made it back to back wins when romping home over 1000m in the sixth race.
Bred by the Favour Stud, What A Winner had broken his maiden by 3.5 lengths last time out and this consistent 3yo has now won or placed in 7 of his ten starts. 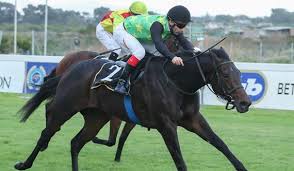 With some exceptionally well bred youngsters in his second crop (What A Winter 2yos this season include half or full siblings to high class performers White River, Brutal Force, Red Ray, Captain Chaos, and Maybe Yes), the future looks very bright for What A Winter!