South Africa’s newest lady trainer, the Vaal–based Ashley Fortune, saved her best for last on Champions Day, saddling her first career winner in fairytale fashion, in what was probably the most popular result on the big day.

Ashley’s stepson Aldo Domeyer did the riding honours with a clever end-to-end display of tactical thinking in the R500 000 Gr3 Gold Bowl on the well-related Let It Rain, who races in the familiar royal blue and silver of top owner, Hassen Adams.

The wife of former SA Champion Andrew Fortune, Ashley was dressed for the moment and made it a day to remember for one of South African racing’s best-loved families.

In an emotional return to the winner’s enclosure, the crowd cheered and clapped as her charismatic husband Andrew waved his fist in triumph.

“What a moment. What a day. My son rides my wife’s first winner! And it’s a Gr3! This is a memory we will cherish forever and nobody can take it away from us,” Andrew told the Sporting Post.

He explained that the horse had been with Ashley for three weeks.

“She gave him some long work and interval training to build his fitness and he was coming back and clearing the manger every time. On Friday he had two Grooms on him and was jumping out of his skin. We chatted about tactics and looked at the opposition.This was really a plan come together” said the elated horseman, who asked that we convey the family’s appreciation to all the well wishers and support.

“Nothing speaks louder that Ashley can hold her own than winners. We have been inundated with messages. Ashley has already been offered a few extra horses. People want to have fun – and have winners. We can provide both. Women just have a knack with horses, somehow.”

Andrew went on to say that he was very proud of both Ashley and Aldo.

“And if one thinks about it, I am also now not the only champion in this family anymore!” he laughed. 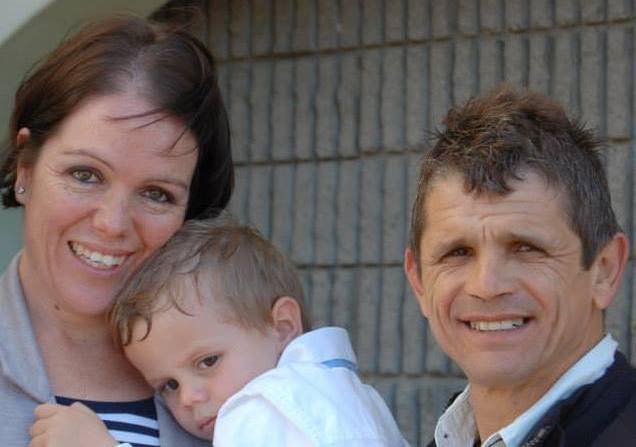 The triumphant Fortunes – a day to remember forever

Now a winner of 7 races with 11 places from 30 starts and stakes of R1 230 388, the 5yo gelding was a R1,3 million Cape Premier Yearling Sale purchase and was bred by Highlands.

He is by Dynasty (Fort Wood) out of the one-time winning Gardener’s Delight (Giant’s Causeway).

As to the future, Ashley said that nothing had been discussed with the owners, but confirmed that she was considering the possibility of raiding KZN and the SA Champions Season staying programme.

She said that this offered some decent opportunities and also pointed out that Let It Rain enjoyed Greyville and had run a  cracker in the Gold Cup last year.